Slides of the talk are available here

The mention of lcamtuf in the slides made me google his JPG+HTML polyglot. After going through the slides of Mr.Shah, I decided to write a simple PoC with the exact steps taken from his slides. So, my innocent plan was to

For anyone who read those slides all this would seem normal & yes it is!! 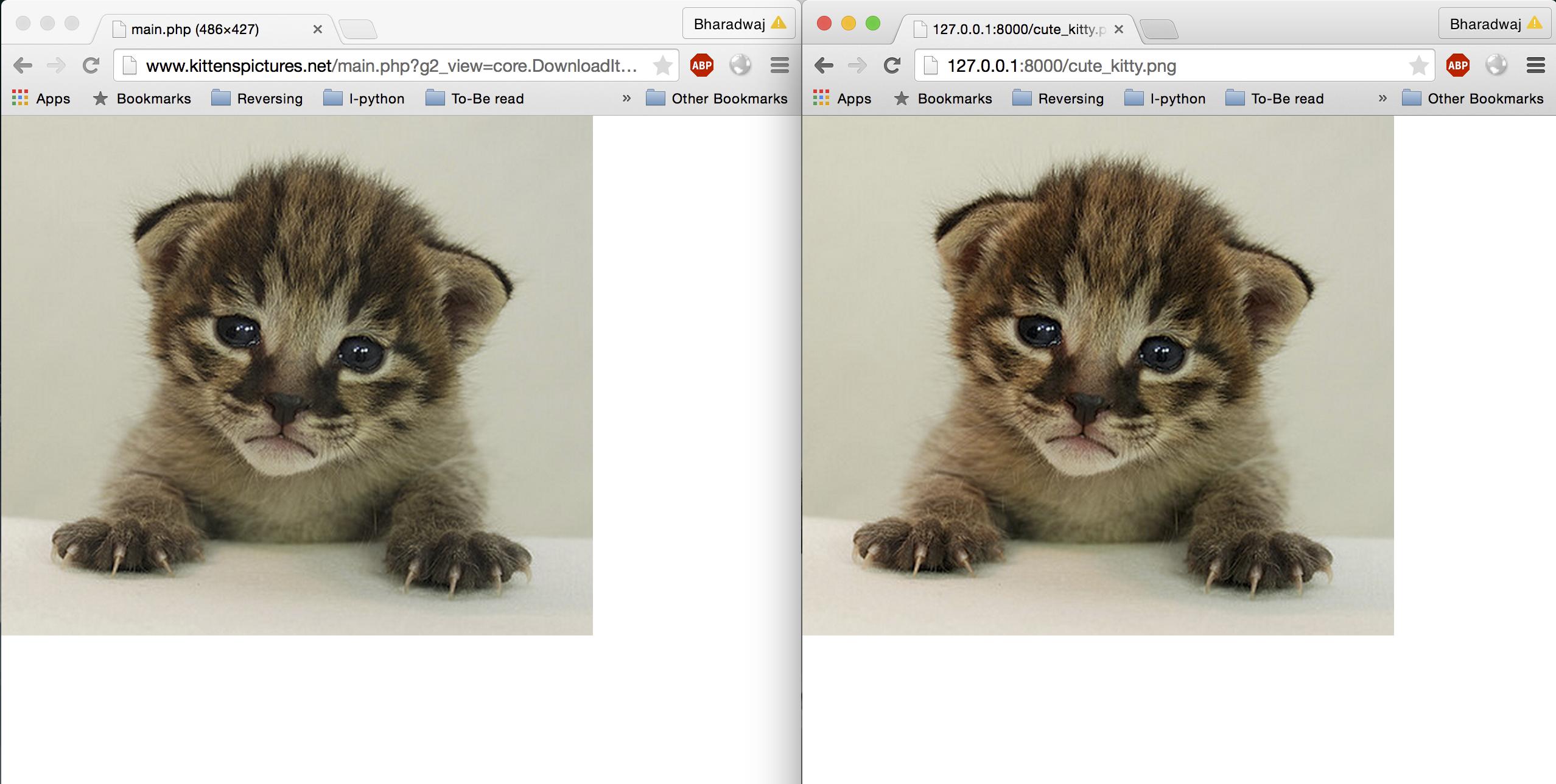 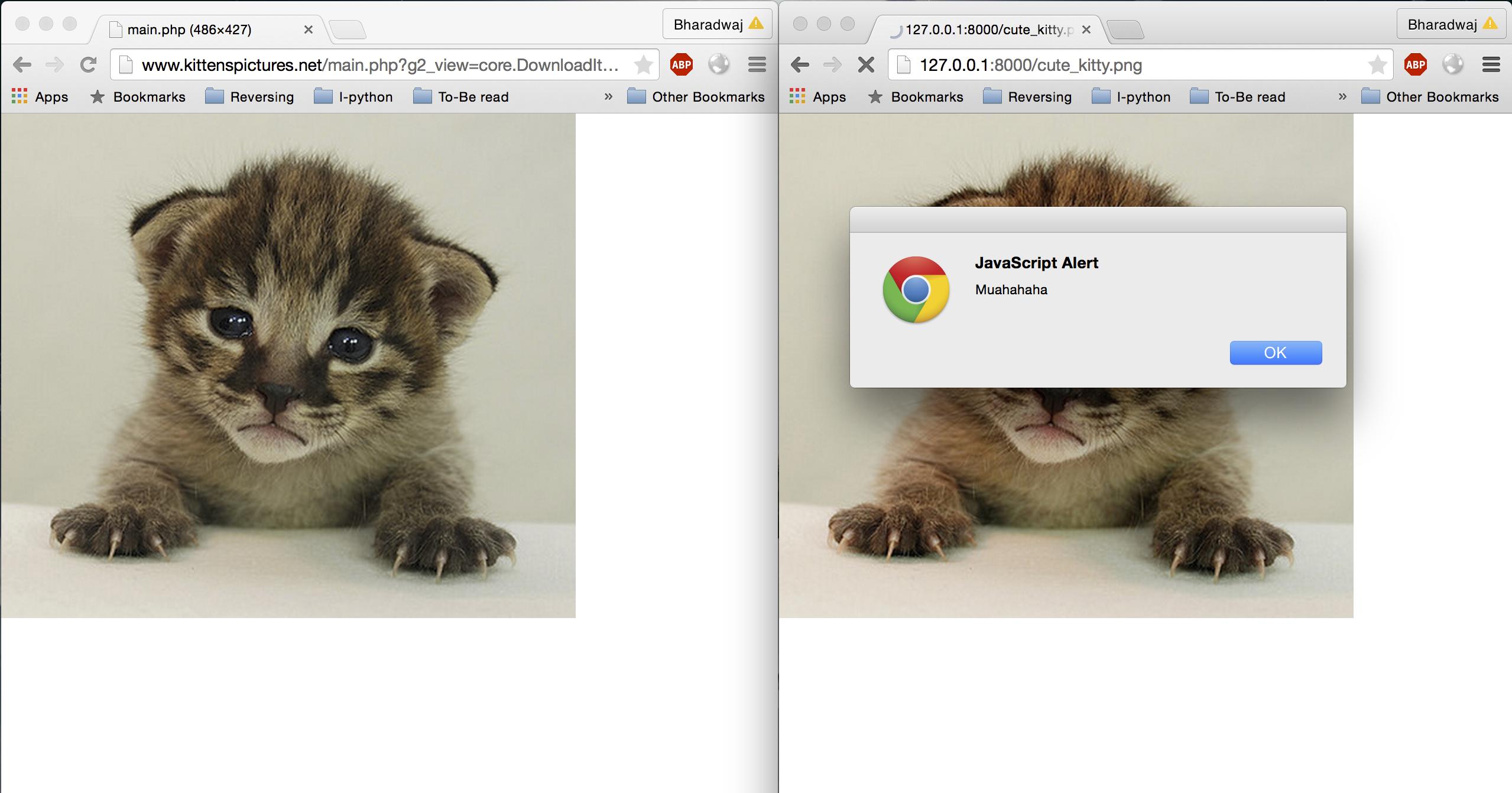 PS: The script only works on some PNGs for now The image has to be served with a text/html content type. If not, the browser parser will ignore the html part and just render the image. Below is a sample python script which when run in the same directory as of the image, will serve the png with html content type.