If you need an introduction to AFL, you have probably missed out a lot in the instrumented binary fuzzing saga for the past couple of years. afl-fuzz(fuzzer part of this toolset) is extremely fast, easy to use and requires minimal configuration. Technical details of AFL are available here. All this awesomeness is written in C, a language that I almost never used. So I wanted to try and understand the implementation i.e How ideas were translated to code in AFL.

Before proceeding further, it is recommended to read through afl compile time instrumentation. Now, what about the black box binaries for which source code is unavailable?? Instrumentation is used to

One way is to parse the given binary and rewrite it along with the instrumentation (afl-dyninst).

QEMU is also a process emulator that lets you run different architectures on a single machine by doing dynamic translation.

Read qemu binary translation (All subsequent qemu internals' images are taken from this presentation). QEMU can

Let us walk through an abstracted qemu execution run 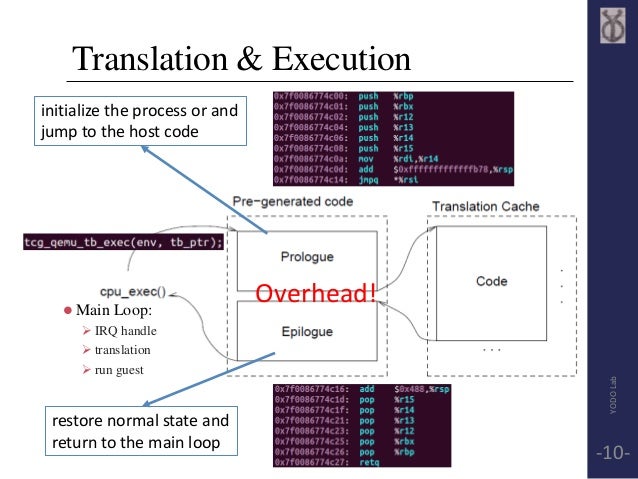 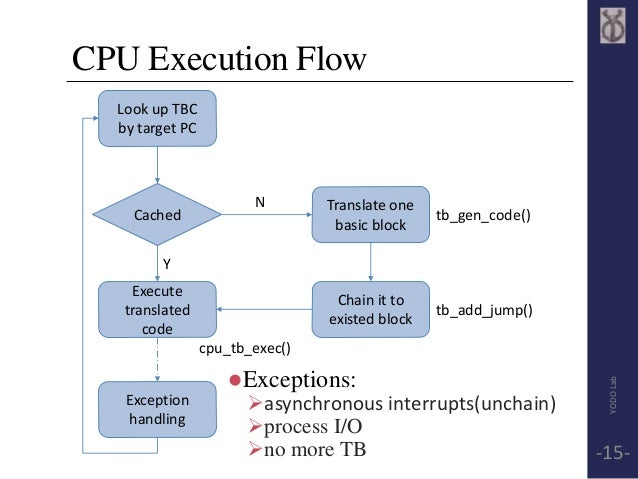 We need to find the function in qemu that gets called for executing a translated block. Keep in mind that qemu and the binary run in the same process, so this allows us to write instrumentation in C and patch qemu source.

These are just plain C ports of the existing assembly.

PS: Considering what QEMU is capable of, I was amazed by the simplicity of this patch which required no major modifications to afl-fuzz.